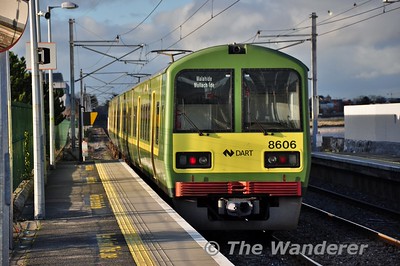 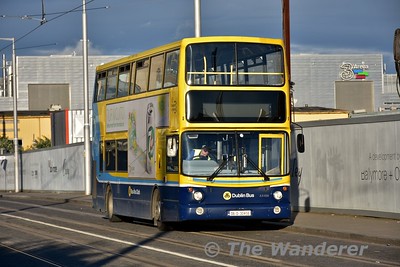 Update 20th January 2013: A selection of "before" photos of the route between Parnell Square and St. Stephen's Green. The rest of the route to Broombridge will follow in a future update.

Update 26th January 2013: thejournal.ie announced that the project has been renamed Luas Cross City Line to “generate public awareness” before construction starts. All of my future updates will use the new name. http://www.thejournal.ie/luas-broombridge-cross-line-768741-Jan2013/

Update 20th April 2013: Four months to the day since update one, I finally got part two of the feature photographed between Parnell Street and Broombridge. I didn't think it would take four months to get around to part two!

Update 11th May 2014:
The Rosie Hackett Bridge is nearing completion and the first rails have been laid as part of LUAS Cross City.

Update: 8th February 2015:
A walk of the LUAS Cross City route from St. Stephen's Green to Broombridge to see the latest construction work on the line which is scheduled to open in late 2017.

Sunday 21st September 2015:
A small update to the gallery.

Saturday 21st November 2015:
Track laying has started in recent weeks around College Green and a small section on Westmorland St.

Monday 25th January 2016:
A photographic survey of the route between Broombridge and St. Stephen's Green.

Saturday 28th May 2016:
A photographic survey of the route between Broombridge and St. Stephen's Green.

Thursday 30th June 2016:
On Thursday evening tram 4003 was used for testing on the Red Line between the temporary turnback at Abbey Street and The Point / Connolly. This section has been closed since the 21st May while LUAS Cross City construction works took place on O'Connell Street and Marlborough Street.
The tram was used to make sure the new crossovers and turnouts were all within gauge and also to prove the route along the rest of the line. Some interesting obstructions were found upon along the way!

Wednesday 14th December 2016:
A long overdue photographic survey of the route between Broombridge and St. Stephen's Green. Fantastic progress has been made on the entire route with all the track laid in the city centre and a good portion of the route between Broadstone and Broombridge is also laid.
Due to the atrocious weather on this day with heavy rain, several of the photographs aren't to the standard I would aspire to.

Wednesday 21st & Saturday 24th June 2017:
I've been a rare visitor to Dublin in recent months, anytime I have been I haven't had the time to dedicate two plus hours to view the latest work on the extension. With two visits to Dublin in the latter half of June planned, I made time to visit the latest work to the LUAS extensions. The week before these photos were taken the first gauging trial took place. The photos from Wednesday cover from Phibsborough to Broombridge and Saturday covers the section from St. Stephen's Green to Broadstone. Great progress has been made throughout the extension with only finishing works to be completed now prior to the start of test running later in the summer.

Saturday 9th September 2017:
When passing Broombridge on the RPSI / MRSI Railtour to Sligo I managed to get some photos of stabled trams at the new LUAS Depot.

Saturday 2nd December 2017:
With just a week to go before opening of the LUAS Cross City Extension I headed to Dublin to get photos of the extension before it opened. Also thanks to the generosity of Transdev management I was able to take a trip on the new extension from St. Stephens Green to Broombridge on Saturday afternoon during a timetable test. I had planned to travel on the IRRS trip two weeks previously but a family issue scuppered that plan two days before it.

This will be the final update to the LUAS Cross City Gallery. This gallery stretches back to January 2013 when I walked the City Centre route prior to construction beginning. Nearly 600 photos later the extension opens at 1400 hours on Saturday 9th December 2017.

I do hope that visitors to the website will find this gallery a good historical guide to the changes to Dublin City in years to come to accommodate the LUAS Cross City extension.
Read More 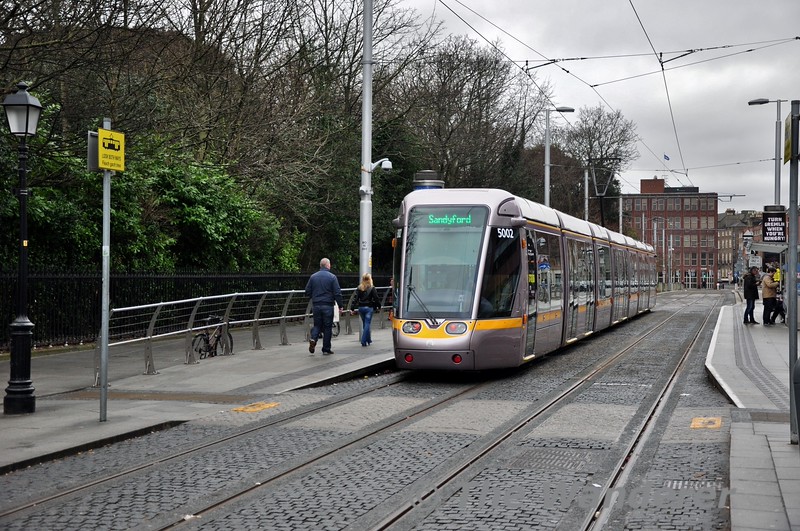