Tuesday 3rd April 2012:
A view of the former Kilkenny Branch at Portlaoise which is used as a headshunt for the Per Way Yard.

Monday 9th April 2012:
076 on the Howth Branch in connection with Signal Testing.

Friday 13th - Sunday 15th April 2012:
Pictures from Portarlington, Limerick Jct, Rathmore and Killarney over the course of the three days.

Thursday 19th April 2012:
A lunchtime dash to Geashill to photograph the 1200 North Wall - Ballina IWT Liner. The 1200 is an as required Thursday Only service, acting as a relief to the regular 0930 departure using the DFDS wagons which would otherwise be spare on this day.
22047 1230 Heuston - Westport was also photographed.

Saturday 21st April 2012:
The RPSI ran the 171 for 171 tour from Dublin Pearse to Cork on this day. See http://smu.gs/I1TOlo for pictures of this in the Railtour section. The rest of the general photos from Sarurday are contained in this gallery and have photos from the following locations:
- Portlaoise
- Limerick Jct
- Mallow
- Kilmallock
- Charleville
- Cork
- Rushbrooke
- Inchicore

Plus finally. A video of Unsilenced 220 departing Portarlington on the 2100 Heuston - Portlaoise.

Wednesday 25th April 2012:
A brief 15 minutes at Heuston just as the evening peak was beginning to start. 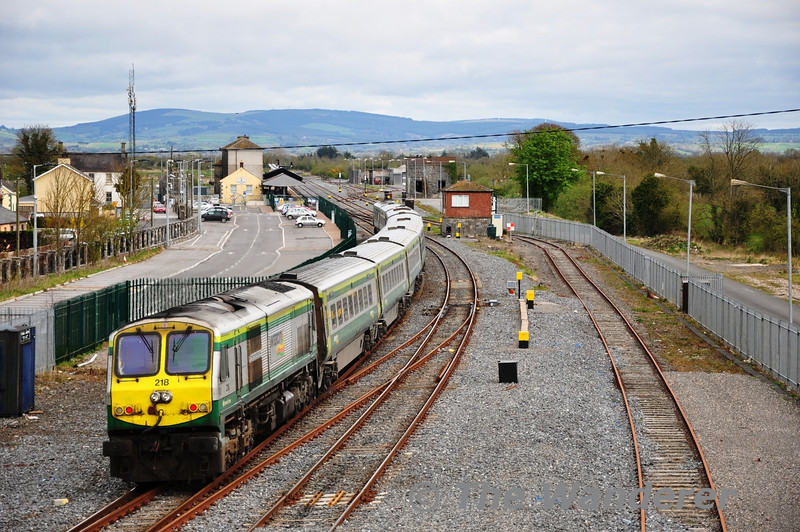