Wednesday 3rd April 2013:
Lunchtime afternoon in Drumcondra with 224 on the 0815 Ballina - North Wall Liner and 22012 1100 Sligo - Connolly.
With kind thanks to contributor Mr. Church for allowing use of the photos.

Tuesday 9th April 2013:
Photos from Tuesday of Portarlington and an evening visit to Dublin Heuston, Busaras and The Point.

Wednesday 10th April 2013:
It's what we have been waiting for weeks on end. Repainted 077 has been let loose on the network. The loco was trialled at lunchtime today from Inchicore to Sallins and as the trial was successful she was soon pressed into service with a wagon transfer to North Wall. Sometimes you can't get them all so a massive thanks to GM233 and Mr. Church for allowing me to share their photos of the loco trial and wagon transfer to North Wall.

Friday 12th April 2013:
Photos from Portlaoise Station of 218 on the 1000 Cork and 074 bringing the LWR train from North Wall to Portlaoise.

Sunday 14th April 2013:
Photo of 218 passing Portarlington with the 1200 Heuston - Cork and a visit to Cushina and Derryounce on the abandoned Bord na Mona railway line to the former Portarlington Power Station http://smu.gs/15aUz5w

Thursday 25th - Tuesday 30th April 2013:
I was in the UK during this period and the photos from that trip can be viewed at: http://thewandererphotos.smugmug.com/International/2013

Tuesday 30th April 2013:
While on the way from Dublin Airport to Heuston: some pictures from The Point Tramstop and Heuston itself.
Read More 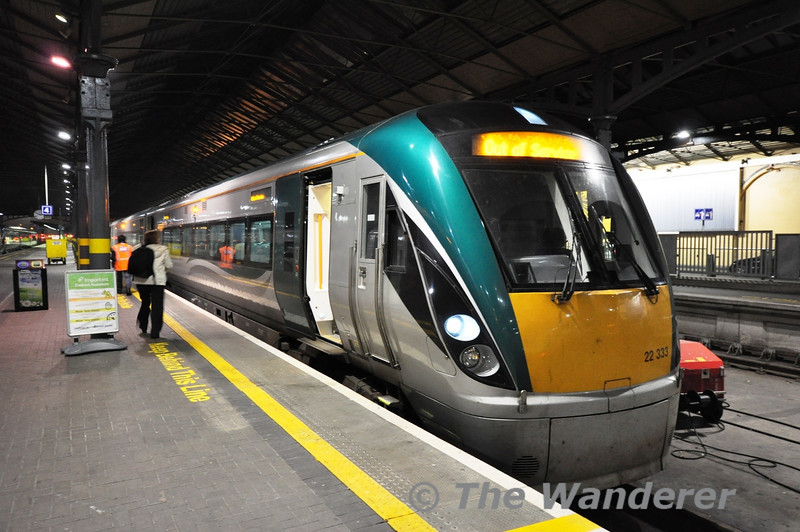