Saturday 2nd March 2013:
March has arrived and I start the month off with photos on the Saturday morning from Portlaoise, Limerick Jct. Mourne Abbey, Kilnap Viaduct, Mallow and various places on the Kerry Line. Thanks to Finnyus for the lift (yet again) around Cork.

Sunday 3rd March 2013:
More pictures from the Kerry Line at Rusheen of the 1150 Tralee - Heuston and 2600 Class DMU's crossing at Rathmore on the Sunday evening.
- Photographic Feature on the North Kerry Railway Line which closed in the mid 1970's. Click on http://smu.gs/12s2Amy

Monday 4th March 2013:
Monday morning trip from Killarney to Portlaoise with a 60 minute stop off at Limerick Jct.

Tuesday 5th March 2013:
The inaugural 1105 Ballina - Waterford Belview Port DFDS liner passing through Athy with the Container Pocket Wagons. The train was running +60 late as the train loco had to go and rescue failed Tamper 744 at Monastervin.

Saturday 9th and Sunday 10th March 2013:
A overnight visit to the Cork area.

Saturday 16th March 2013:
A Sunny Spring afternoon tempted me out to a few locations around Co. Laois.
Click on http://smu.gs/143d7US for photos of the Limetree Airfield Paddys weekend Flyin.

Monday 18th March 2013:
Bank Holiday Monday Railfreight with both the DFDS Liner and Coillte Timber Train operating with pictures from various locations in Kildare, Laois and Offaly. Plus the usual mix of passenger services.

Saturday 23rd March 2013:
A jaunt from Portlaoise to Thurles this evening with a stop off at a freezing Ballybrophy along the way.

Sunday 24th March 2013:
A trip to Galway, Limerick and back to the Midlands via the Nenagh Branch.

Monday 25th March 2013:
While en route to Cork yesterday evening for the IRRS Meeting I made a detour into Cahir to photograph the 1640 Waterford - Limerick Jct. calling at the station which was worked by 2819 + 2820. 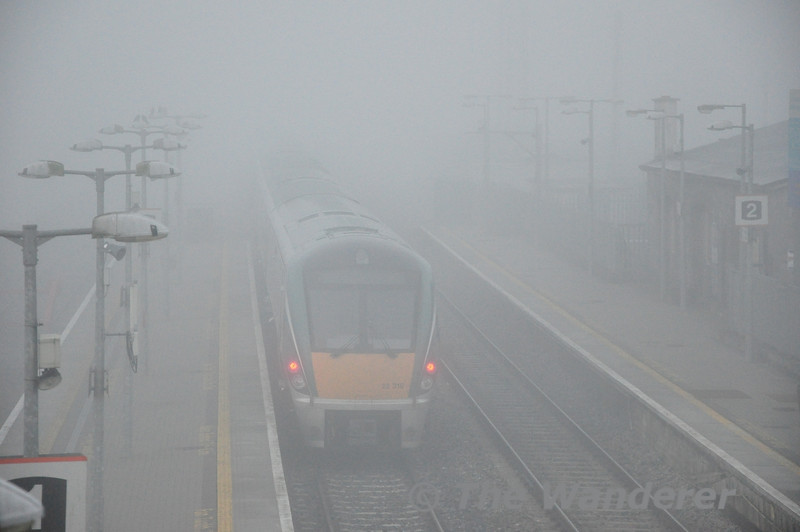