Friday 4th March 2016:
I've been out of action for the last two weeks with an eye infection but normal service is now resuming. Photos from Friday feature a visit to Roscrea and Ballybrophy to see the track relaying which has been ongoing all week around the 9MP. Plus one photo from Portarlington of 234 working a 1855 North Wall - Ballina IWT Liner.

Thursday 10th March 2016:
While on a visit to the IRRS at Heuston I grabbed a photo of 071 stabled in the Guinness Yard with a Autoballaster rake.

Friday 11th & Saturday 12th March 2016:
A visit to the Killarney and Farranfore areas.

Sunday 13th March 2016:
Some general pictures taken during the RPSI trip to Boyle. To see the RPSI images click
http://smu.gs/1PiGl4a

Saturday 19th March 2016:
Saturday produced some rare freight action with both Up & Down IWT Liners scheduled to operate. As an added bonus there was also a 1130 Portlaoise - North Wall PWD Materials Train which followed right behind the 0815 Ballina - North Wall IWT Liner. Later in the day I took a spin to Cork for a night out there with some friends.

Sunday 27th March 2016:
079 was stabled in Portarlington for the weekend with a Spoil Train.

Monday 28th March 2016:
I intended to pop over to the Stradbally Railway today but the big railway was far more interesting!
Photos today come from:
- Portarlington.
- Killenard.
- Monasterevin.
- Cherryville.
- The Curragh.

Tuesdaty 29th March 2016:
One picture from today of 215 at Clonkeen Level Crossing.

Friday 31st March 2016:
We finish off the month with some early morning images from around Limerick.
Read More 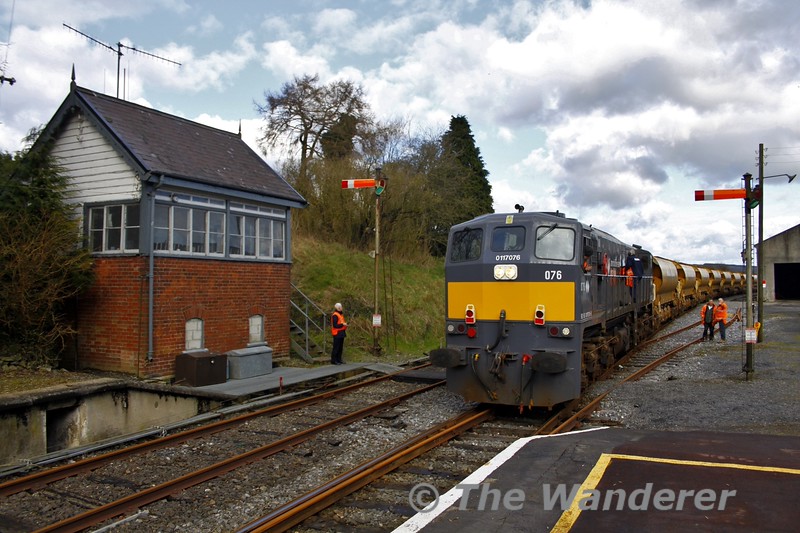