The North Kerry line was a 70 mile railway line connecting Limerick to Tralee via Rathkeale, Newcastle West and Listowel. The line opened in stages between 1856 and 1880. The railway line lost its passenger service on the 4th February 1963. Freight services were suspended between Ballingrane and Listowel in November 1975 with the line being closed. Listowel to Tralee closed between January 1977 and June 1978. The track was lifted between Ballingrane and Tralee in 1988.

Today a 22 mile section of the railway has been developed into the Great Southern Trail between Rathkeale and Abbeyfeale. More information on the trail can be found at: http://www.southerntrail.net/index.html

This photographic survey of the route starts at Tralee and works its way towards Limerick. It is still a work in progress and more new photos will be added over time. Some photos appear in previous galleries, but they are relevant to the North Kerry Line.

Update: April 2015:
Starting in February 2015, a vegetation clearance programme has taken place on the Foynes Branch. This is to allow the ongoing study funded by Shannon Foynes port Company to be completed to help develop the case for reopening the railway line to freight traffic. To see the progress so far I took a trip between Limerick and Foynes on a very sunny 18th April and these are at towards the end of the gallery working from Limerick towards Ballingrane.

Update 6th June 2016:
Photos of Barnagh Tunnel and approaches have been added to the gallery (photos 64 to 75).

Saturday 26th November 2016:
An update of pictures of the former station at Listowel.

Update 4th September 2017:
I stayed in Adare overnight to visit a friend so on the Saturday morning I popped up to the disused station to snap some photographs.
Read More 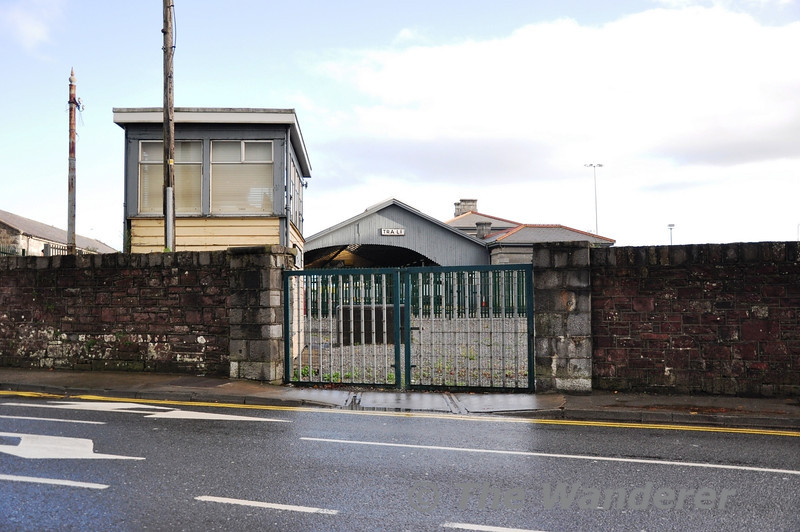 The Fenit and North Kerry Line starts with an end on junction with the railway line to Mallow at Tralee. This is Edward Street level crossing looking at the station and former signal box. Sat 17.11.12

From The Fenit Branch