Over the weekend of the 12th and 13th May 2012 the Railway Preservation Society of Ireland operated its Annual International Railtour weekend.

The main event was on the Saturday and Sunday with the Railtour going from Connolly to Ennis via Portarlington, Athlone and Athenry on Saturday with the return to Dublin on Sunday via Limerick, Nenagh and Portlaoise. On the Monday the tour will go from Connolly to the RPSI base at Whitehead.

The original plan was to use recently overhauled 461 throughout the weekend. However after two, less than satisfactory, railtours with this locomotive, which resulted in several hours late running and knock on delays to regular scheduled services the decision was made early last week not to use 461 and use 186 instead. However this presented its own set of problems as 186 wouldn't be capable of running the whole tour on its own. With great co-operation from Iarnrod Eireann the tour was replanned with less than four days to go. The revised plan would see an IE Diesel locomotive work the legs to and from Dublin. I.E. Dublin Connolly - Athlone on Saturday and Ballybrophy - Dublin Connolly on Sunday with 186 working the other legs of the tour to/from Ennis.

It is good to report that the tour ran to time throughout on the Saturday and there was a small bit of late running on the Sunday, but nothing too serious.

461 is scheduled to haul the Monday leg of the Tour to Whitehead, where it will hopefully receive some TLC before returning south later this year.
Read More 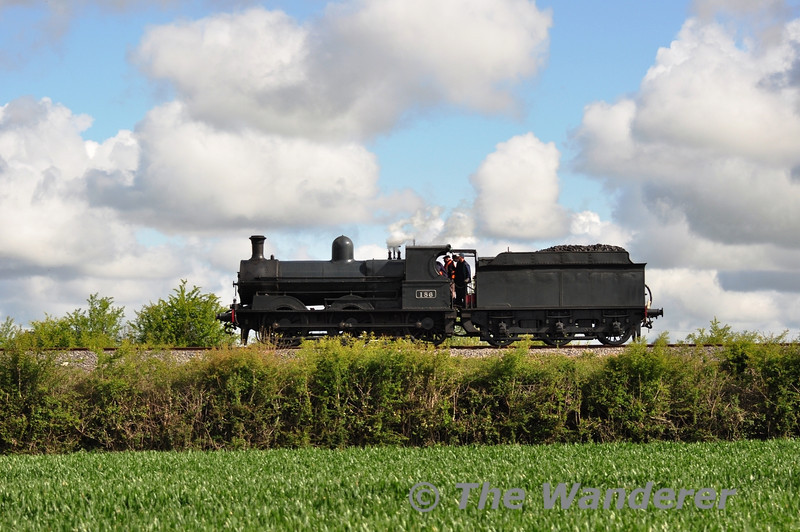 No. 186 is pictured at Killinure, near Monastervin with the 0830 Connolly - Athlone Light Engine positioning movement for the South Clare Railtour. Sat 12.05.12